Tearing through musical landscapes and never arriving Zazuka is a Jordanian-born, Berlin-based composer and songwriter. Her at times atmospheric and at times percussive piano playing accompanies her voice, which combines warm, melismatic singing in Arabic with more clear tones of crossover-pop. She started her path in music as a keyboard and piano player in bands, theatres and sufi poetry groups in Lebanon, Egypt and Jordan, before embarking on her solo project in Germany. As a singer-songwriter she has released two singles (2017) and an album “zazuka“ (2019), which contains songs in multiple languages with various cultural influences and lush, dreamy arrangements. 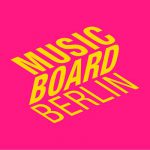