UPDATE: Unfortunately, Vanya Zhuk can’t make his flight from Moscow due to the Coronavirus situation. Together with the artists we decided to make this concert as planned, with Daniel Kahn playing the program solo. We will try to schedule the concert with Daniel and Vanya later this year.

UPDATE 2: We have good news too: Christian Dawid will join Daniel Kahn on clarinet tomorrow. And we expect some additional special guests.

On his new album “Bulat Blues,” Daniel Kahn devotes himself to the “Georges Brassens of the Soviet Union”, Bulat Okudzhava, in new adaptations in English with a touch of Russian. Daniel Kahn is accompanied by the virtuoso Moscow musician Vanya Zhuk on the Russian 7-string guitar. The Georgian-Armenian Muscovite Bulat Shalvovich Okudzhava (1924-1997), the spiritual father of all Russian singer-songwriters, is almost unanimously revered in Russia and the post-Soviet diaspora. His songs, which come from his experiences as a soldier, pacifist, poet and novelist of the Second World War, are deeply human. When Okudzhava privately performed them in the 1950s, he almost single-handedly invented the figure of the modern Russian guitar bard. 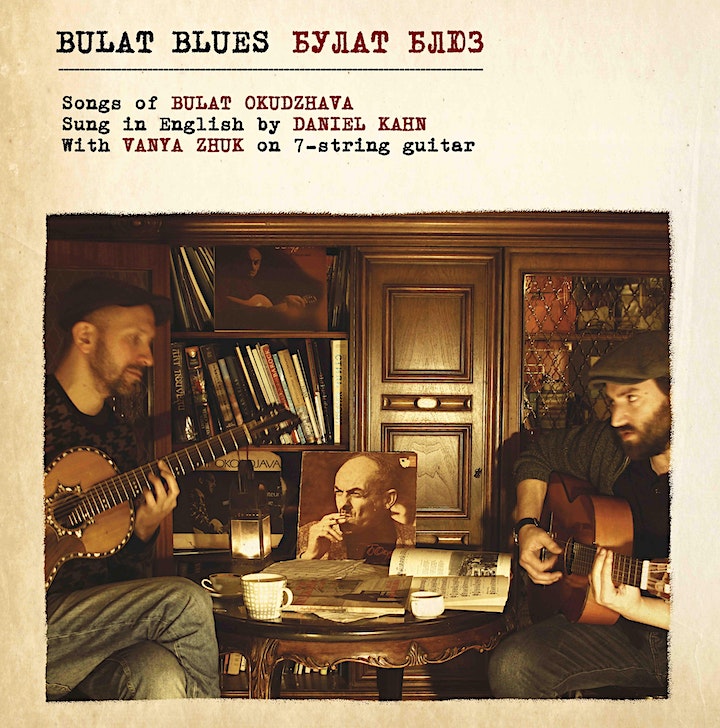